X
Leader Online Limited uses cookies to ensure that we give you the best experience on our websites. If you continue browsing, it is assumed that you consent to receive all cookies on all Leader websites.
More Info
Accept Cookies
For sales & advice please call 01429 241 270
Leader FurnitureBathroomThe Advantages of Choosing Mixer Taps
Menu
Bathroom

The Advantages of Choosing Mixer Taps 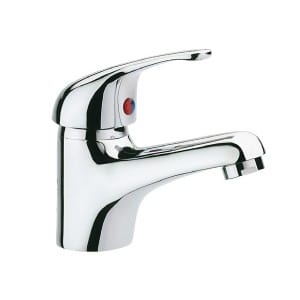 Mixer taps combine hot and cold water, making the temperature easier to control. Here’s why you should include them in your home.

Mixer taps, unlike traditional taps, combine the flow of water into one stream before releasing it, and are controlled either by one central-lever or two separate knobs. They’re a modern alternative to the conventional tap, and they come with a whole host of advantages.

People typically find mixer taps much easier to use, especially when they choose a model with a single lever. All you need to do is turn the lever to the appropriate temperature and then lift it up. There’s no need to turn each tap separately to find the perfect blend of hot and cold, and you don’t need to tighten and untighten them each time you want to run the water. This makes them particularly useful for children and the elderly, who might not have the strength to unfasten a normal tap.

Even if you took away their practical benefits, mixer taps would still be popular simply due to their appearance. Both sleek and symmetrical, mixer taps match modern bathrooms perfectly. Of course, their popularity means that a wide variety of styles are available, so you will certainly be able to find a version that fits with your choice of décor.

Using a pair of taps to fill a sink or bath with water always made it hard to gauge the temperature. First you had to dip a tentative finger or toe in the water.  Then you either you pulled back your painfully scalded digit, or you had to top up with yet more hot water, wasting energy in the process.

Easy, modern, safe, and economic – mixer taps are the only real choice.